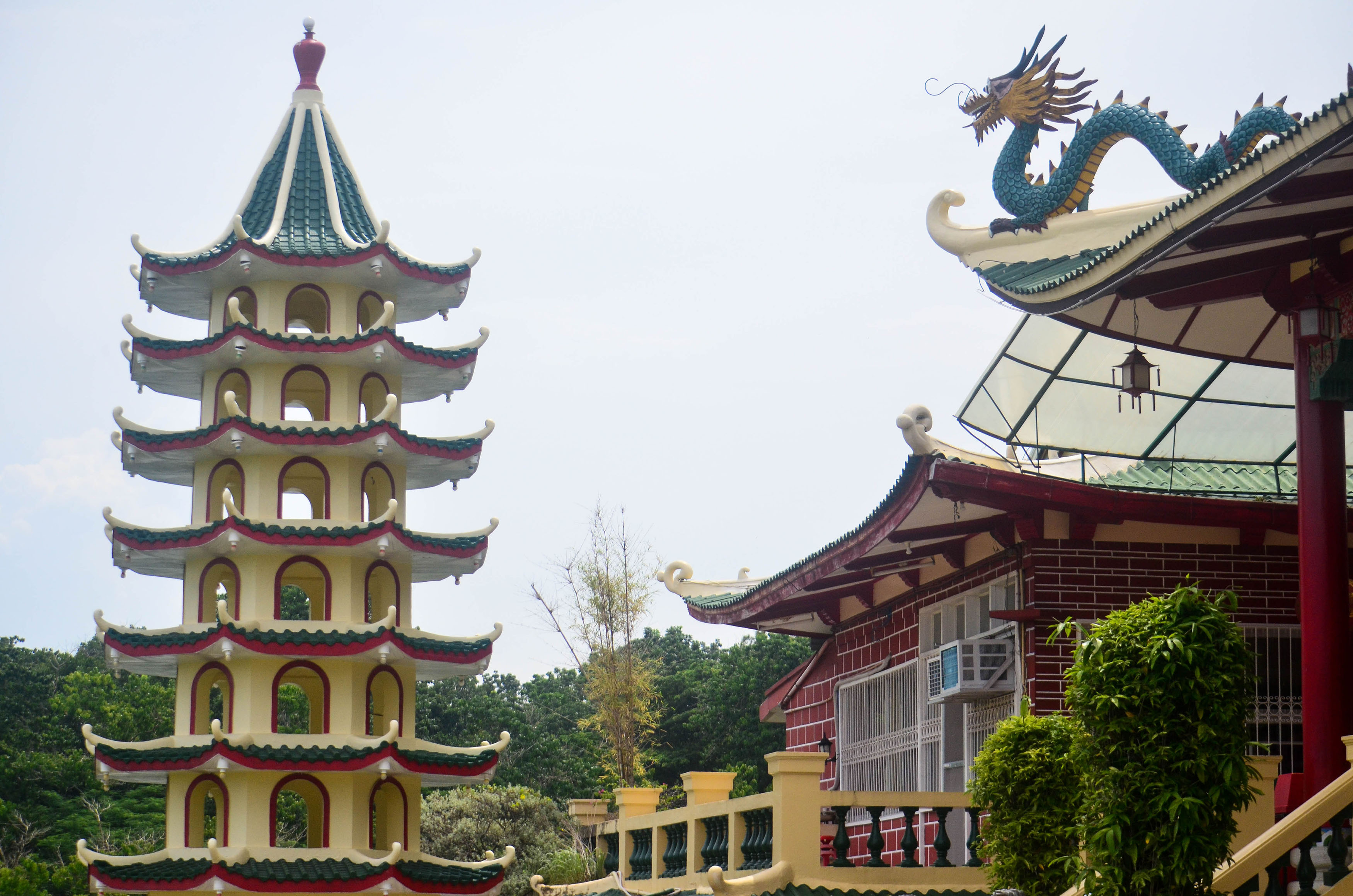 If ever you’re going to travel to China, what’s the first thing that will be on your list?

The Great Wall of China.

The actual Great Wall of China was built to protect the Chinese states and empires against the raids and invasions of the various nomadic groups of the Eurasian Steppe measuring about 21,196 km. 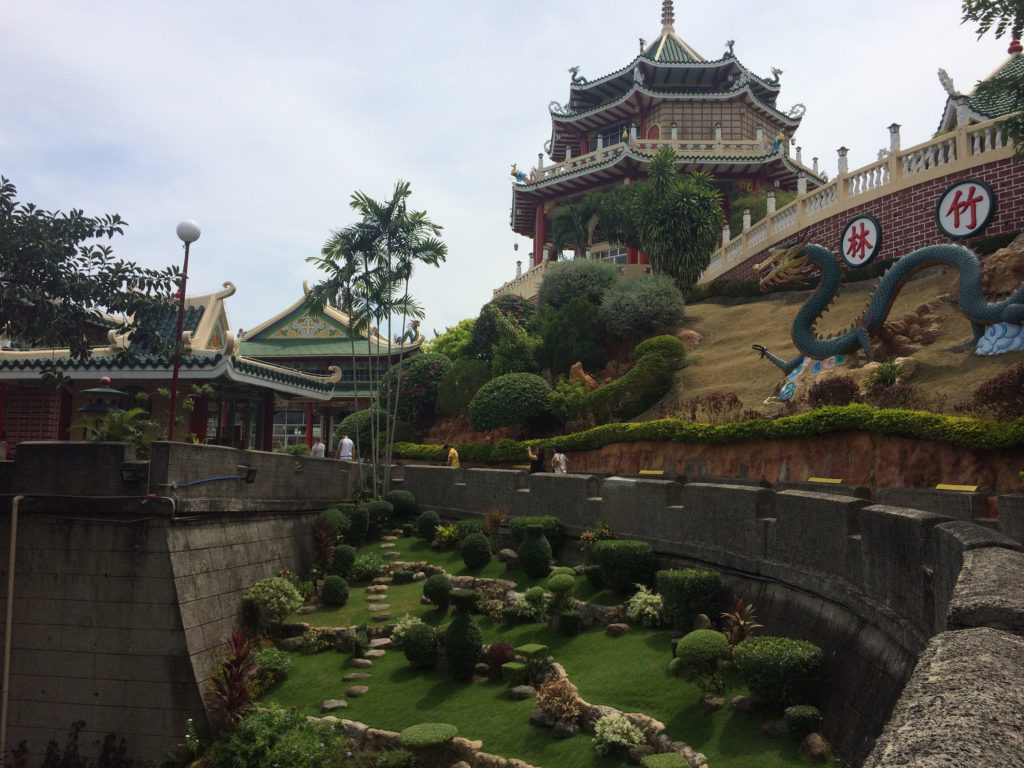 If you’re in the Philippines, there’s a cheaper way to see glimpse of it.

The Taoist Temple in Cebu City where you get to see a replica of the Great Wall.

It was built in 1972 by the Filipino Chinese Millionaires with the help of the Chinese Ethnic Community showing a red and green color scheme structures, a typical modern Chinese religious architecture.

The temple has an elevation with 99 steps away from seeing the panoramic view of Cebu City, the harbor, and even the Mactan and Bohol Islands. 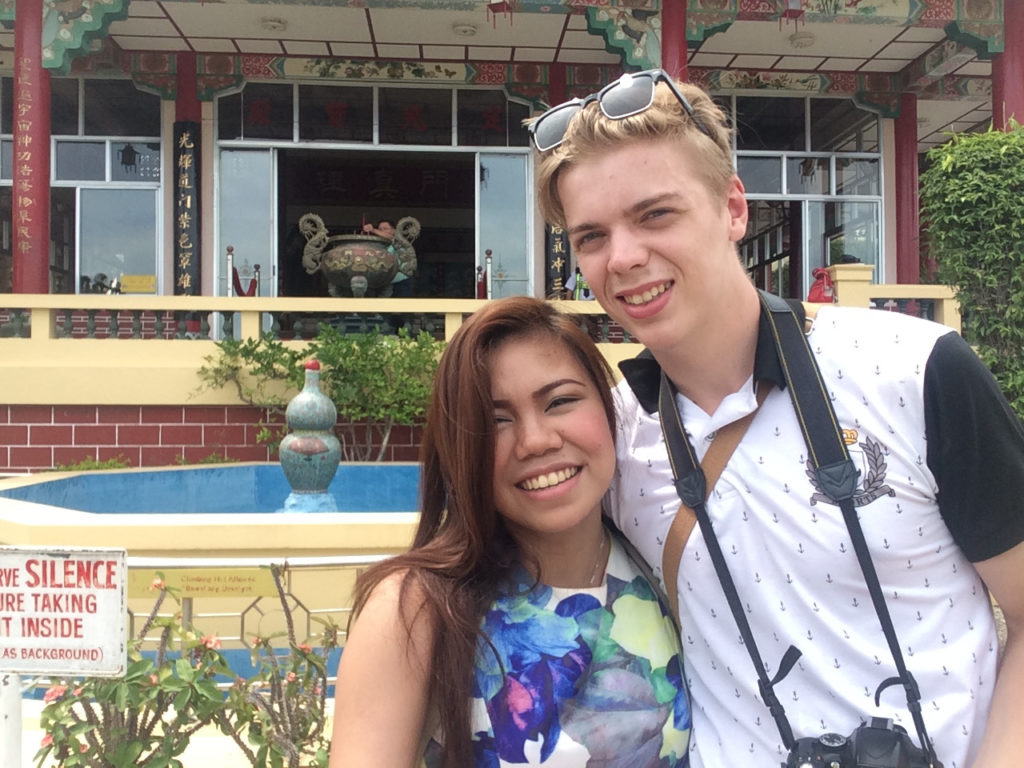 The temple is the a center of worship for Taoism, the religion which follows the teachings of the ancient Chinese philosopher, Lao Tze. You can see Taoist devotees following their traditional rites and rituals on Wednesdays and Sundays, as they climb the 99 steps of the temple to light joss sticks and have their fortunes read by the monks. If you’re lucky, you’d be able to see a few of the monks there.

How to get there?

Take a cab going straight to the Taoist Temple. It is located in Beverly Hills Subdivision.

Everyone knows where it is so you won’t have a problem getting there.

Or you may go for a cheaper option…

Ride a jeepney going to JY Square Mall in Lahug

From JY Square, you may ride a “habal-habal” (motorbike) going to the gate of the subdivision

From the gate, you can just walk straight to the temple

Oh and one more thing, entrance is free. 😉