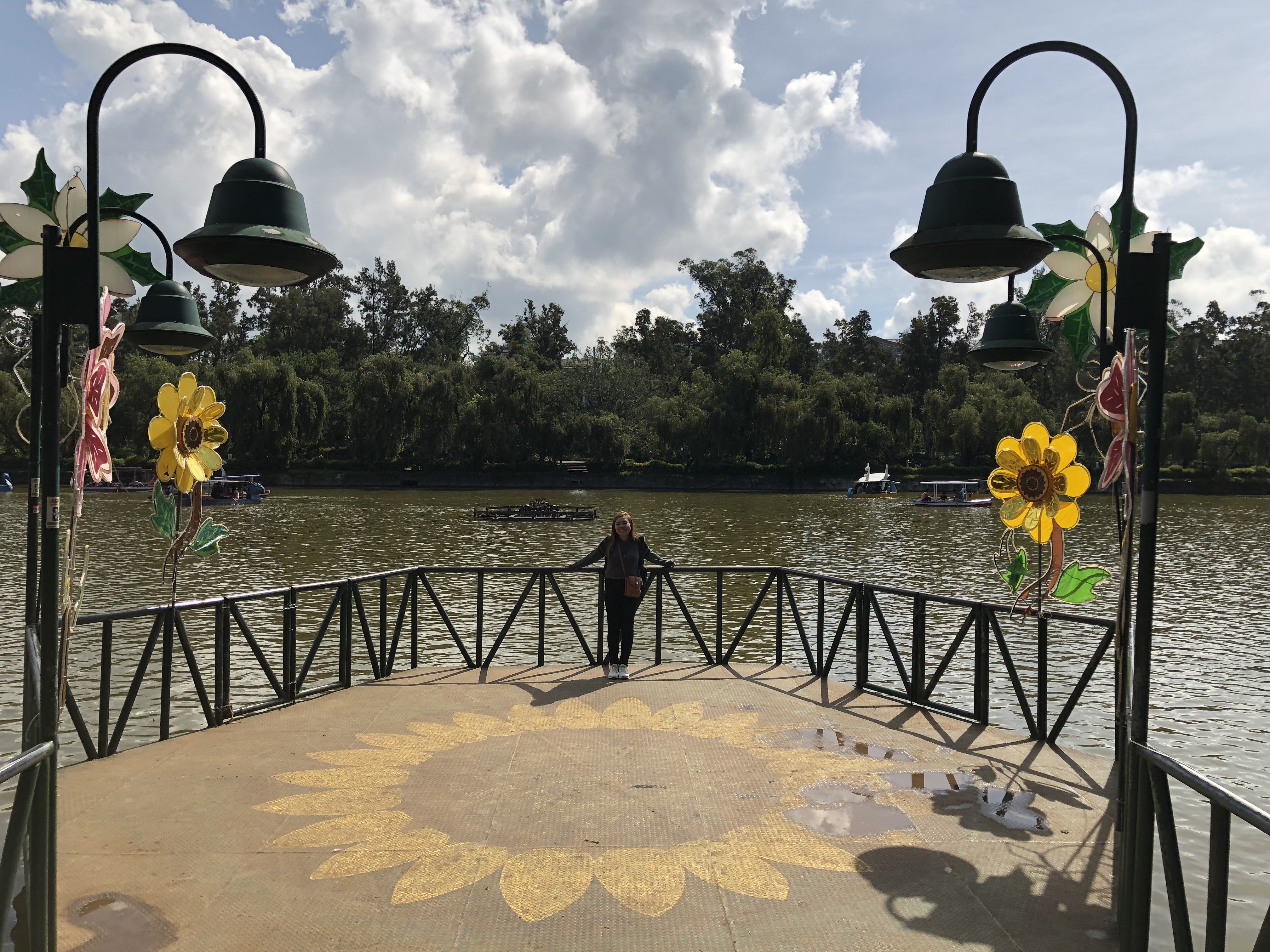 What comes to mind when “tropical country” comes up? Sun, sand, beaches, year-round summer. What exactly are the seasons in tropical countries?

Philippines, being located in Southeast Asia, is known for its islands with multiple beaches. Being known as the “Land of the Rising Sun”, you’d expect this country to be hot all year long. What people don’t know, there are 2 seasons in this country: Summer and Rainy Season. Despite being a hot country most of the time, we still have a so-called summer season that lasts for 2-3 months.

What happens during summer? It’s hotter. Since most students are also on break, most people go to the different beaches that this country has to offer, Boracay being one of the most visited places. However, it’s not the summer capital of the country.

But then, what is? Baguio City. With people feeling hot almost all year round, it’s the place to be. Baguio City is located in the northern part of the country. People go here not for the beach, but for its cool climate. Being 1,540 meters above sea level, this city became known as the “City of Pines” and its capability to grow fruits that can only survive in colder areas.

Flying to Manila was my best option, as well as almost everyone’s. From NAIA, you can take a cab or a Grab car going to Victory Liner Terminal in Pasay City. From there, you can avail your bus tickets going to Baguio.

In our case, we booked ahead of time, even before we flew to Manila. It’s also the best way as you have the option to choose which bus class and what time you’d want to travel, as well as where you’ll be sitting. We went for a first-class bus, which I totally recommend knowing that it’s a 5-7 hour ride, and the scheduled trip of 1 am. I got used to sleeping in long travels since I always get car sick when I was a kid and it’s the best way for me to prevent it from happening, so this is definitely the perfect time for me to travel.

There are other bus companies you could go for but I highly recommend the Victory Liner due to its history and good reviews. The same bus company also offer cheaper options. I just prefer the first-class due to its reclined seats, free snacks and drink, free Wi-Fi, a plug where you can charge your gadgets, and there’s a toilet inside, which isn’t really common for the buses in the Philippines. I haven’t checked it out as I was completely asleep in the whole duration of the trip. There’s also a specific room in the terminal while waiting, that’s only for people who booked in first-class, which is air-conditioned, has a television, and there’s free-flowing coffee. However, they don’t have it in the terminal in Baguio but the bus we got on from Baguio to Pasay has a mini screen in every seat containing movies, music, etc., which I also wasn’t able to take advantage of since my body was trying to convince my mind to sleep already.

It’s not that common to see a strawberry farm around the country due to the climate it requires. This farm will let you pick strawberries from January to March. Since we were there on a late May, the strawberries haven’t fully formed yet. You’ll just see teeny tiny ones. You’ll also see other vegetables growing there. Just expect that the smell can be stinky due to the fertilizers. Aside from the fruit and vegetables, people there also sell souvenirs and ice creams. Yes, strawberry ice cream. It’s a must try!

This park is will give you the opportunity to have fun with the multiple rides that you can find there from bikes to go-karts to paddle boats. Not to mention, they have carnival rides.

Located in Camp John Hay, this place is like an American compound in the mountains. People come here to play golf, archery, and you can also rent a horse to go around. I didn’t get to do much here except admire the beautiful view.

One place I enjoyed the most (mostly because of the photo ops). It’s a huge place and going around is quite an exercise. You get to see actual military planes, helicopters, tanks, big guns, and many more. I grew up with childhood playmates that are mostly boys so I enjoyed seeing all of it.

The highlight is to see the view of the mountains. It was a bit crowded when we went there so I didn’t really get to take that many photos. You can have your photo taken here where you’re dressed up with the Igorot costume and/or while riding a pony. You can also buy plants and souvenirs here. Although, if you buy any of the plants and will be flying on a plane to get to your next destination, you’re required to get a permit. 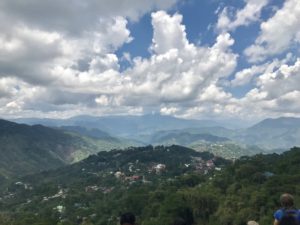 This is one of the “a must” places to visit while you’re in Baguio. There’s really nothing much to see but it’s a well-known tourist attraction due to what it is. It was first built in 1908 as a summer residence to the US Governors-General and is now the summer palace of the President of the Philippines. Since you’ll be passing by this place going to Minesview Park and it’s just across the Wright Park, why not stop over for a photo? 😉

Located just across The Mansion, this place is known for the horses and ponies. Most people come here to ride them and/or just have a photo with them.

Plant / Flower lovers, this place is for you. You can walk around and see multiple plants and flowers surrounding the place, and maybe take a photo with the Igorot costume if you haven’t gotten a chance to do it yet.

This place is huge although I wouldn’t mind walking around due to its fresh air and green surroundings. It was formerly a military base for the United States Armed Forces. You can also find here the Liberty Park where they have a replica of the Statue of Liberty, as well as the Cemetery for Negativism where you can see tombstones with images of animals. There’s really no dead people there, just negative thoughts, feelings, etc.

In case you’re wondering, the place was named for John Hay, and the base name was maintained by the Philippine government even after its 1991 turnover to Philippine authorities. John Hay was the private secretary and assistant to Abraham Lincoln.

Our Lady of Lourdes Grotto

One of the oldest tourist destination in Baguio City. This place is known for the 100 steps you’d have to go through to reach the grotto. There’s also an alternate way for those who can’t go through the steps, so not to worry.

It’s mostly Catholic Filipinos that are the ones who go here, light a candle, and offer a rose. You can also find a church next to the grotto where masses are sometimes being held.

If you’re up for making your own food with the local ingredients, this is the perfect place to buy them. It’s also the perfect place to buy your “pasalubongs” like the peanut brittles, strawberry jam, strawberry preserves, and of course, the strawberries itself. As much as I wanted to bring one back to Cebu, the strawberries have to be stored in a cool place and knowing that I’ll still be going to multiple places before heading back, I really don’t have much choice.

Also, Baguio aims to be a plastic-free city. If you don’t have any green bags with you, you can just easily buy one there. It’s also good to have one with you wherever you go in case you’ll find something to buy along the way.

This is a restaurant but I can’t help to not add it to the places you’d want to check out. This place is just across to where we’re staying. Since we arrived in Baguio at around 5:30 am, we decided to eat here as it’s also open 24/7. The food looked good, which they are by the way, and very affordable. We didn’t expect how this place is “a must” to try until we saw the number of people who are there during lunch and dinner time. People were already lining up from the inside to the outside of the building, and to think they have 2 floors filled with tables and chairs.

If you’re a big group, it’s definitely ok to rent out a van to go around. However, if you can just fit in a cab, you can just go for taking a cab in every destination. The flag down is only 35 PHP and there’s no heavy traffic. I actually like the traffic flow in Baguio. Almost everyone would always give way. Kudos to the drivers in Baguio!

Finding a place to stay there is also not that hard. You’d get to have tons of options in Agoda and Airbnb. We went for the latter since we were able to get a good deal there that’s perfect for our itinerary.

I highly recommend Maria’s place. It’s a 2-bedroom unit with 2 toilet & bathrooms and is completely fully-furnished (like almost literally!). You just need to bring your clothes, shampoo, toothbrush, and toothpaste. If you prefer cooking your meals, the kitchen has almost everything that you need.

CLICK HERE to get a discount on your first Airbnb booking.

Tip: Find a place near Burnham Park. Restaurants, pharmacies, supermarkets, and the public market are all walking distance from there.

It’s also been a while since I had a vacation with my family. We had a 1-year-old baby and a senior citizen with us on the trip and it was still free from hassle. I can definitely say that Baguio is good for family vacations. Although expect the amusement of older family members who had been here a couple of years ago and see the positive changes in the place.

Overall, the trip to Baguio was amazing. It’s nice to get a break from the hot weather, especially during the summer season. 19 degrees C still makes me sweat but I definitely wouldn’t mind having that on a daily basis.

Is it worth to go back there? Of course! It’s always nice to go the next time and see new changes.

One thought on “Baguio City: The Summer Capital of the Philippines”