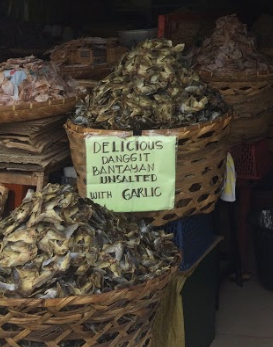 Cebu is known for its beaches and islands being visited by tourists from all over the world. However, one of the most popular things you’d have to try during your visit in Cebu is their famous dried dried spinefoot or rabbitfish, or as what the locals call “danggit.”

Not only that travelers get to try it during their stay, but a lot of them would actually buy it as “pasalubongs” or a souvenir / present to their family and friends back home.

Dried fishes, as well as dried squids, and other Cebu delicacies like the dried mangoes and chicharons can be found all over Cebu. However, the best place where you can get it is in Taboan Market. Not only that its cheap to get it there, but the products they have are also pretty fresh plus the place is not as crowded and smelly as the other markets in Cebu City. Thus, making their name stand out.

Cabs are the fastest and easiest way to get there, of course. Just tell the driver that you’ll go to Taboan Market and they’ll drop you off exactly in front of the market.

There are also cabs waiting outside if you decide to take one going to your next destination.

However, if you’re being all adventurous and would want to go there the way locals do, try riding a jeepney. The jeepneys that can get you there are the ones with the numbers 06A, 04D, 10H, 04C, 17B and 17C. Each jeepney have their own number / letter codes and each vary on the routes they take. It’s best to ask the front desk of the hotel you’re staying at to know how to get there by taking a jeepney.

If you get lost, just ask a nearby local for directions.

Before we went to Taboan Market, I had to do some research on how to get there, how much money I should bring, and which stall should I choose to buy what I needed? My search led me to Blakrabit’s post, in which the post was old but had provided me useful information.

As what recommended in his site, I went and looked for Nang Aying store.

The moment we arrived in the market, there were people trying to get our attention to buy products in their stalls which are all lined up in front of the market. I decided to keep my options open and went inside the market first and checked different stalls asking them how much it is for a danggit and those dried squids. However, I found it a little expensive with the ones that we have found there so I decided to check the front liner stalls and found Nang Aying store. When I asked for the price, it’s even cheaper than the ones I found inside and they looked way better. Like any other, of course, I went for it.

I only bought danggit and dried squid so I’m not quite sure with the exact prices of their other products. But I assure you, it’s cheaper than the ones you can find in the malls and supermarkets.

You can also have them vacuum sealed so you wouldn’t have to worry about the smell or having it with you on the plane. I bought 2.5kg of danggit and 1.25kg of dried squid. I had the danggit divided with 0.5kg / pack and the dried squid with 1kg in one pack and 0.25kg in the other pack. I then had it packed in a box so it would be easy for me to carry and have it checked-in at the airport. You can have it packed whichever, just inform the seller. 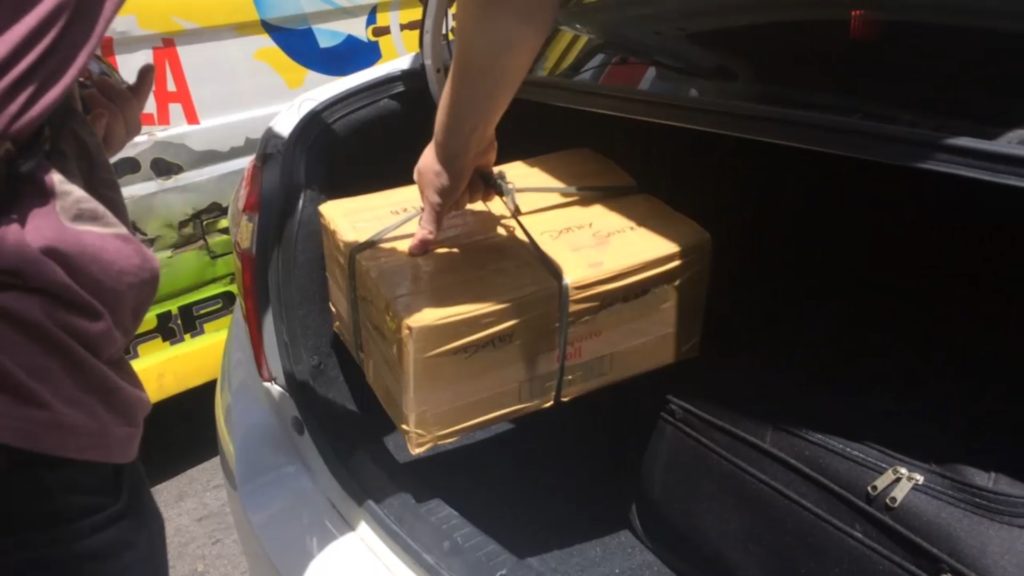 In my case, it was so easy talking to the people in Nang Aying store and they seem pretty friendly and accommodating. I definitely recommend that store for those that are planning to buy pasalubongs there in Taboan Market.

There you go! I hope this can be of big help to those that are planning to visit Cebu and/or check out Taboan Market. If you guys have any questions or have more tips and suggestions to share, feel free to leave a comment. 🙂